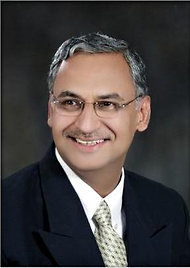 India appears to have succeeded in the fight against polio, with no new cases reported in the country since January 2011. The country will be certified “polio-free” in January 2014 by the World Health Organization if no new cases are reported between now and then, and has already been removed from a list of countries with “active transmission of wild poliovirus.”

The difficulty India has had controlling other infectious diseases, like tuberculosis and dengue, makes polio’s eradication here even more remarkable. In honor of World Polio Day, which is Wednesday, India Ink interviewed Dr. Naveen Thacker, part of the team that led India’s eradication effort.

In e-mailed responses, he explained the reasons for India’s success with polio and the difficulties it encountered on the way.

What were the two or three most important things that India’s policy makers did to eradicate polio in the country?

Firstly and critically, there was strong leadership and political support at every level of government.

Crucially, the government set up the India Expert Advisory Group to ensure that we could identify and address challenges quickly and effectively. For example, being able to identify high-risk children that were missed in a polio vaccination round meant health workers could go back and ensure that each and every child received their polio vaccine.

Secondly, the government of India and public-private partnerships together put in almost $1.5 billion to the polio eradication campaign. Combined with the partnership of Rotary International, the World Health Organization, Unicef, the U.S. Centers for Disease Control and Prevention and the Bill & Melinda Gates Foundation, India was able to deliver vaccines to those that had previously been unreached. In Bihar, and Uttar Pradesh, we made history by administering over 900 million doses of oral polio vaccine.

Linked to this, utilizing new technological innovations was crucial to India’s eradication success. For example, genetic sequencing helped us quickly identify where an outbreak of the virus had originated, so that we could prevent more polio cases.  Furthermore, the new bivalent vaccine in 2008 meant children were better protected against polio and it cost less money.

What was your contribution to the overall polio eradication program in India?

I got involved in polio eradication in 1994, when there was a polio outbreak in my home state of Gujarat, where I personally saw 55 cases in less than two months. Initially I was involved in creating awareness of the polio virus and wrote small booklets that I distributed to all pediatricians in India and Rotary clubs of polio-endemic countries. In total, I wrote over 8,000 postcards a year to pediatricians and Rotarians to support Pulse polio [the government vaccination program] and report cases of acute flaccid paralysis.

Stemming from this, I was invited to be a member of the India Expert Advisory Group and have served for more than a decade, contributing to the government’s polio policy, with recommendations on behalf of the Indian Academy of Pediatrics. I have also published a number of papers, chapters in books, newspaper articles and delivered more than 100 guest lectures and talks on polio, including a talk at the National Institutes of Health in 2007.

What hurdles were encountered while making people aware of the polio eradication program, especially in rural India? How were those overcome?

It was difficult to convince people to take repeated polio doses and there were some pockets of resistance, particularly in western U.P., in minority communities. This resistance mainly stemmed from false rumors about the polio vaccine.

This was overcome by involving religious leaders, local medical practitioners and huge celebrities like Amitabh Bachchan, who together highlighted the necessity for polio eradication. Where the mass marketing campaign did not reach, the door-to-door campaign by 2.3 million volunteers across the country meant that we reached children in the hardest-to-reach rural communities.

Were people more receptive to the anti-polio drive in urban India?

Yes, the mass-media polio campaign meant we reached the urban population with polio messages much more easily than in rural areas.  There were still challenges. For example, some middle-class communities were reluctant to take repeated doses as they felt their child was fully protected. We got past this challenge by engaging members of the Indian Academy of Pediatrics, who were able to convince parents of the need to take additional polio drops.

Can the Indian model of success be replicated in countries such as Nigeria, Afghanistan and Pakistan that are struggling to fight the disease? Is it true that Indian expertise is being sought by some of these countries?

Absolutely, many experts said that polio eradication was impossible in India. We’ve proven that by investing in the polio program, both politically and economically, and embracing new technological innovations that we can totally eradicate polio. If the endemic countries follow this example and develop accountability mechanisms, work around security challenges and ensure community involvement in the polio program, we can eradicate polio everywhere.

Our model is being replicated, which is why this year there are fewer cases so far than at any other time in history. With 171 cases this year so far, compared to 467 at this point last year, we’re seeing a remarkable reduction in global polio cases.  India has received experts from endemic countries and shared best practice with them. Many of the surveillance medical officers from the National Polio Surveillance Project [a collaboration between the World Health Organization and the Indian government] are stationed in Nigeria helping with their program.

Some African countries—Angola, Chad and Democratic Republic of Congo–which were previously declared polio-free have again reported an outbreak of polio. What should be done to ensure that India doesn’t fall into that trap, too?

That’s a good question, and we’ve seen suspected cases recently in India that thankfully didn’t turn out to be polio. To remain polio-free we must ensure the maintenance of our highly sensitive surveillance system, so that we can detect outbreaks early, and we must also sustain high levels of polio immunization through routine immunization.

Furthermore, like China did in 2010 when polio came into their country from polio-endemic Pakistan, we need to ensure that we can rapidly respond to any polio importation. Globally, we’ve made amazing progress, but 99 percent reduction in polio cases isn’t good enough. We need to finish the job.

(This interview has been lightly edited.).

This site uses Akismet to reduce spam. Learn how your comment data is processed.